When it comes to hybrids, Ugo Pavesi doesn’t want anyone to think that Transfluid does something «special».

Rather the reverse. He simply wants it accepted that «these systems are now just a norma[ component, something you can buy. in a choice of sizes. complete with warranty, manuals and drawings».
The change is on its way: the PLA’s latest patrol boat (presented at Seawork lnternational 2018) shows the technology is shedding its early, ‘exotic’ label as it’s to be fitted with a Transfluid hybrid module.
The company has likewise come a long way in a relatively short time. Only five years ago Transfluid started «a very fast development path» said Pavesi: «We couldn’t wait around, we had to get ahead of the larger manufacturers or we’d tose our opening into the market.» So. how dici he beat Volvo and Siemens to the punch with more than 50 hybrids launched before the big boys put their offerings into the water?
The answer is deceptively simple: rather than see a standardised approach to manufacturing as an ‘end goal’, start right there. «We began development keeping strictly to our norma[ production tools — nothing extra,» he underlined.
Customers helped in more ways than one:
«We learned a lot from Bavaria Yachts: they told us they needed a product that could be installed on an assembly line, by workers armed only with a screwdriver and silicon gun. So it had to be plug-and-play. A good exercise.»
Not everything went so smoothly.
Keen to gain an early customer, the company took on a contract for a partial, non-integrateci hybrid unit — which went badly wrong: «We had a really, really difficult time. the battery supplier washed their hands of it andjust walked away. We ended up solving a tot of issues relateci to a system that, strictly speaking. wasn’t even ours.»
«But,» he said, «We learned. So today we supply the system with a battery.» The tie-in  (Transfluid paid for the lab work and type­approval) is unusual but pragmatic:
battery-hybrids are so interconnected that it’s sensible this is reflected in relationships between manufacturers. For similar reasons
«we also started to manufacture our own permanent magnet electric motors as soon as we made the decision to produce hybrid systems», since these yield significantly greater efficiency and a smaller footprint.

We learned a lot from Bavaria Yachts: they told us they needed a product that could be installed on an assembly line, by workers armed only with a screwdriver and silicon gun. So it had to be plug-and-play. A good exercise

More recently the company acquired Dutch company Bellmarine, noted for its electric propulsion, which should help break into the city market «particularly Venice and Amsterdam» he said.
While he admitted the technology suffers from a relatively high purchase price («around half is still the battery»), he believes the electric and hybrid market will grow as all across Europe environmental awareness is rising with regulation not far behind: «When you can’t move a boat around a waterway or lake with a diesel, then people willjust absorb the extra cost.»
«I guess it will be like aircon in cars, it used to be an optional extra — but today it’s delivered as standard,» he concluded. 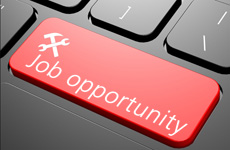 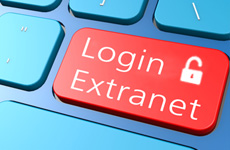